Kasur Lobsang Nyandak confirms his readiness to lead the Tibet Movement at “critical time of our history”.

Tibetans worldwide are now getting actively engaged in the discourse of the next Sikyong election. The incumbent Sikyong, President Dr. Lobsang Sangay, leaves the highest office of the Central Tibetan Administration when he completes his second five-year term in 2021.

After seeing Kasur Lobsang Nyandak named as a possible successor to Dr. Sangay on social media recently, I contacted him via LinkedIn. I asked the respected former Finance and Foreign Minister if he was serious about running in the forthcoming Sikyong election. Nyandak responded within hours by writing, “I have given serious thought before making the decision to run for Sikyong. Given my 30+ years of serving the community at various positions, I felt I can serve best to our cause and people at this critical time of our history.”

His confirmation is excellent news for the Tibet Movement. In him, I see a highly experienced, capable and trusted former Tibetan diplomat, who is a politically savvy public figure, having lived in the West for nearly 15 years and travelled the world as Foreign Minister for the Tibetan Government-in-Exile.

In my view, Kasur Lobsang Nyandak ticks all the right boxes for any serious Tibetan leadership contender aspiring to enter the Office of The Sikyong.

Nyandak gained special prominence when he won his parliamentary seat in 1996. He was known for his non-sectarian view and commitment to promoting unity in the Tibetan community. At the time, Nyandak was heading the Tibetan Centre for Human Rights and Democracy (TCHRD), the only Tibetan-run human rights organisation. It was monitoring gross violations of human rights, and political and socio-economic marginalisation, as well as the curtailment of the religious rights of the Tibetan people in Chinese-occupied Tibet. In addition, Nyandak was actively engaged in advocacy work on behalf of the Tibetans in Tibet. He also spearheaded various vital educational programmes to promote Tibetan democracy in the exiled Tibetan community. Nyandak founded the Tibetan Centre for Human Rights and Democracy in 1996. Earlier, he had served in various roles within the Tibetan community, including as a leading activist of the biggest Tibetan NGO network – the Tibetan Youth Congress. He also served as Vice President and Secretary of the Executive Committee of the National Democratic Party of Tibet.

In 2001, the former Kalon Tripa, Professor Samdhong Rinpoche, chose Lobsang Nyandak as one of his small team of Cabinet members. Nyandak became a minister at the age of 35. During his five-year tenure as Kalon, Nyandak held three major portfolios in Professor Samdhong Rinpoche’s administration. He was the Minister for three Departments – Information and International Relations (DIIR); Finance; and Health.

Nyandak actively promoted Sino-Tibetan dialogue. As the Kalon for the DIIR, he organised exclusive seminars between Tibetan and Chinese scholars. He also served as a member of the Task Force of the Sino-Tibetan Dialogue for over a decade.

As Finance Minister, he oversaw the healthy fiscal budgets of the Central Tibetan Administration. He was instrumental in setting up the Tibetan Social and Resource Development Fund (SARD) within the Department of Finance. Today, the SARD manages core funding which supports the vital needs of the exiled Tibetan administration.

As Health Minister, he oversaw many health initiatives, including preventative measures to improve public health and the introduction of free medication to the poorer sections of the Tibetan refugee community.

From 2008 to 2013, as the Representative of His Holiness the Dalai Lama to the Americas, Kasur Lobsang Nyandak established high-level diplomatic relations and worked with many US and Canadian governmental officials and diplomats. During his public service career, he developed internationally an excellent network with a wide range of influential people – potentially of great benefit to the Tibetan cause when he becomes the next Sikyong.

His international development work includes managing and raising vital funds from individuals and major donor sources to support the Tibetan refugee community in India and Nepal. As President of the New York-based Tibet Fund, Kasur Lobsang Nyandak has conducted multiple field trips to India and Nepal. He knows the realities on the ground there, and has a deep understanding of the enormous and often complex challenges faced by the Tibetan refugee community.

I am endorsing Kasur Lobsang Nyandak as the next Sikyong of the Central Tibetan Administration.

I believe Kasur Lobsang Nyandak is the right candidate at the right time for the Central Tibetan Administration. I hope there will be many like-minded friends, who care deeply about our Tibetan cause, who will give their vital backing to Kasur Lobsang Nyandak in the forthcoming election. In our efforts to preserve Tibet’s unique cultural heritage and support each other, we must march forward in unity to seek justice for Tibetans in Tibet whilst finding practical ways to help the Tibetan Diasporas. 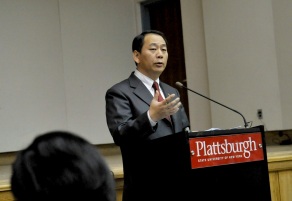 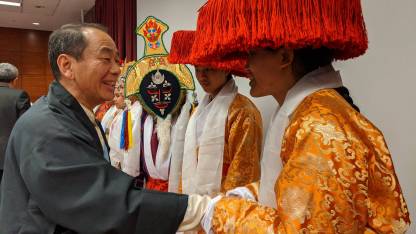 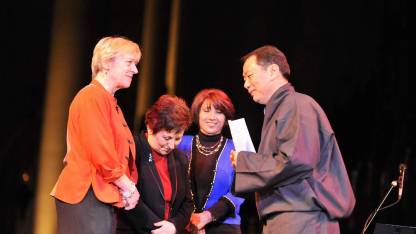 Tsering Passang is passionate about Tibet and the Tibetan issue. He was born in a Tibetan refugee camp in western Nepal. An NGO professional with nearly 20 years of experience in international development charities, Tsering has led Tibetan Community UK from 2014 to 2016 as its Chairman. Amongst his pioneering initiatives as the Community Leader, Tsering spearheaded "Tibetans Helping Tibetans" initiative and within months, it resulted in securing the sponsorship of 30 Tibetan refugee children for their education in India from 25 UK-based Tibetan families. Prior to his current appointment as the Director of Tibet Foundation, Tsering served as Special Adviser to the Tibet Society, the world's oldest Tibet support group. He also worked for Tibet Relief Fund for over eight years, raising vital funds for Tibetan children’s education in India and Nepal. From 2001 to 2007, he worked for Tibet Foundation as Art & Culture Programme Manager. Tsering has conducted multiple field trips to India and Nepal over the past two decades. After returning from his 2008 personal trip to Mustang, Tsering saw a need to provide training to those Tibetan teachers working in rural areas. Within a year, with the support of western teaching professionals, Tsering initiated the vital training programme for the teachers. Over 50 Tibetan refugees and ethnic Tibetan teachers from Mustang, Manang, Dhorpatan, Pokhara and Kathmandu attended the trainings delivered in Mustang, Kathmandu and Pokhara. He developed partnerships with the local NGOs and schools in Nepal. From 2014 to 2016, Tsering served on the boards of Tibet Society and Tibet House Trust. He also served as the Chairman and a Trustee of the Tibetan Refugee Charitable Trust. Tsering continues his advocacy work on Tibet. He has attended and engaged with parliamentarians, special advisers and officials from the UK, UN, the US and EU. Tsering has also spoken at important public and closed forums – audience included governments representatives, policymakers, rights advocates, lawyers, journalists, NGO professionals, university students and researchers. In addition to his writings on the Tibetan affairs, published in the British, Nepalese and Tibetan media, Tsering was interviewed by the BBC, Sky News and Reuters. He is also frequently interviewed by the Voice of America, Radio Free Asia and Voice of Tibet. Tsering has conducted special interviews with leading Tibetan political figures - President of the Tibetan Government-in-exile (Central Tibetan Administration based in Dharamsala) and His Holiness the Dalai Lama's former Special Envoy (Washington-based) and former Representative (London-based) for a Tibetan YouTube channel – LondonNey Production. Tsering’s personal blog: www.tsamtruk.com Tsering's latest initiative is the creation of the Global Alliance for Tibet & Persecuted Minorities (GATPM) - an advocacy group with the object of highlighting the issues affecting the Tibetans, Uyghur Muslims as well as other peoples persecuted by the Chinese regime. View all posts by Tsering Passang (Tsamtruk)